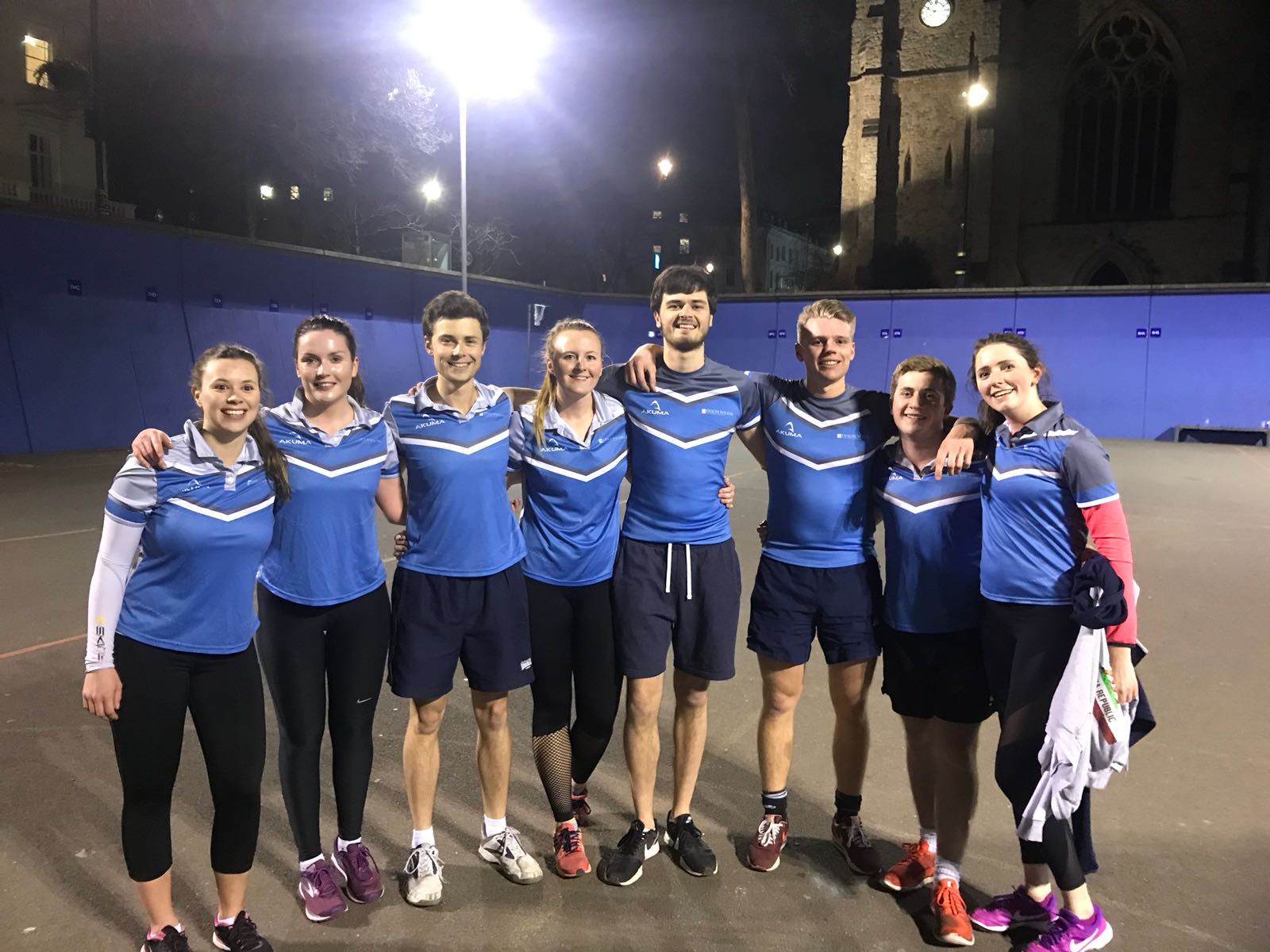 Dixon Wilson sent a strong team of 8 to compete in the ICAEW mixed Netball tournament on Wednesday 21st March.   The team were prepared and raring to go with their opening match against Saffery Champness where Patrick Bridge’s height and good eye lead them safely to a 10-3 victory in their first group stage match.

The team stepped it up a level for their second trial to ensure they would progress out of the group stages by a safe margin.  With DW keeping a clean sheet, Moore Stephens were unable to get a look in to the match thanks to Peter Chalwin’s defensive efforts.  The final score was a 10-0 whitewash.

The third and final group stage match against Brebners was the most taxing yet.  The ball was constantly up and down both ends of the court, with neither teams managing to convert opportunities at the crucial moments to break ahead.  With some creditable centre court work from Tory Clark and Callum Marker’s crucial interceptions denying their attack a chance to break ahead, the final score was balanced at 3-3.  This meant DW won its group as the only undefeated team, and went on to face RSM in the semi-finals.

DW stepped on the court ready to seize victory and invest all they could to earn their place in the all-important final.  With Sophie Bower converting shots to goals at every opportunity, the team managed to find their flow and pull ahead to a comfortable 7-2 win.

Heading into the final, DW knew they had to empty the tank and incorporate all their skills to overcome a formidable EY team.  And that they did, with each player stepping up a level to get those vital turnovers and capitalise on opportunities. After a close battle, DW secured a 5-3 win, securing their status as ICAEW mixed Netball tournament champions.